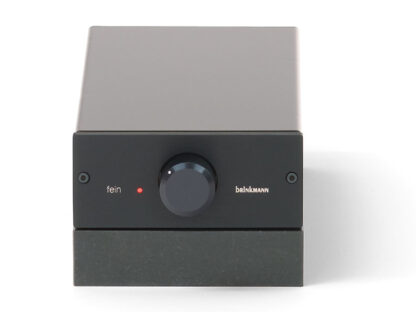 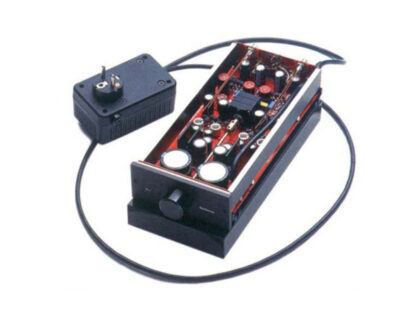 The black finish hides yet another«Golden Oldie». Even though the »Fein« has been in production since 1985, it is anything but an oldie. Continued refinements have pushed this phono stage well ahead of its class. It features a single input, a volume control, and low output impedance; vinyl purists can thus drive an amplifier directly with their »Fein« should they so chose to.

Sonically, »Fein« (engl. fine) lives up to its name.Amongst the reasons is because it runs in pure Class-A with all operating points referenced to a single and temperature-compensated voltage source; the power transformer will never run into magnetic saturation thanks to ultrafast diodes and noninductive resistors; and last, but certainly not least, because the power consumption is so low that we decided to omit a power switch. (We recommend instead to leave the »Fein« powered up continuously because it sounds even better that way.) 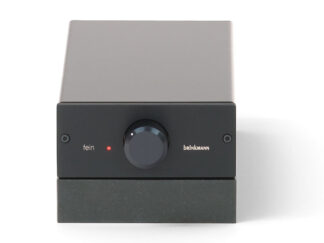